🎵Oops! I did it again! An-oth-er sour! Are you sick of it yet? Oh baybee baybee.🎵 – Britney ‘She’s still alive?’ Spears 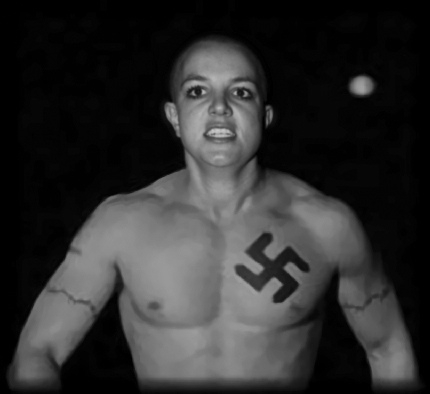 Category 12 has some seriously intricate labels, and this one is no exception. At first it looks like one of those cheesy 2d plastic gyroscopic wheel doodlers that were popular when I was a kid for some reason, but on closer inspection, it’s quite deeper than that. I lived through some dumb shit.

Pogs. How they got us to pay for fucking cardboard circles is beyond me, but, kids are pretty retarded.

Toy manufacturers were laughing all the way to the bank.

Snap bracelets. The fun way to slice your own wrist open!

Gak. Anybody else remember this? It was fucking plastic slime. That’s it. We paid for that shit.

Actually our parents paid for it. While shaking their heads in disappointment.

The pour is an ever-so-slighty hazy pale straw color with a finger of bubbly champagne fizz that immediately fucked off, leaving a small collar behind.
The smells are mostly bright and exotic fruits with a tart edge. Banana, peach, pear, apples and a slightly funky note. Like the acidic edge of body odor without the gag reflex. Sounds gross but it’s pretty nice actually.

The mouthfeel is light and aggressive. This beer makes you think it’s going to invert your face but stops far short. Good carbonation.

4/5 Damn fine sour with a memorable palate! Limited? FAK! Go get it before it’s gone!